Even Bill Maher is tired of seeing Obama on TV 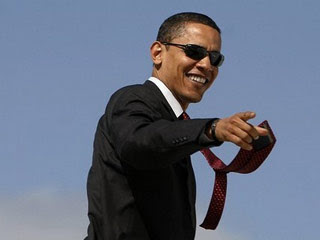 You know Obama is being overexposed by the Main Stream Media when his supporter Bill Maher starts complaining. Maher even admits John McCain was correct when he pointed out, during last years campaign, that Obama was acting like a celebrity. The Los Angeles Times reported:

President Obama should just join the cast of "I'm a Celebrity, Get Me Out of Here!" It's not that farfetched; he's been on everything else.

I'm still a fan, but there's a fine line between being transparent and being overexposed. Every time you turn on the TV, there's Obama. He's getting a puppy! He's eating a cheeseburger with Joe Biden! He's taking the wife to Broadway and Paris -- this is the best season of "The Bachelor" yet!

I get it: You love being on TV. I love my bong, but I take it out of my mouth every once in a while. The other day, I caught myself saying to a friend, "Don't tell me if he's fixed the economy yet, I'm Tivo-ing it."

Remember during the campaign when John McCain attacked Obama for acting like a celebrity and we all laughed at the grumpy old shellshocked fool? Well, it turns out he was right. Sorry, senator. I'm sending a nice gift basket of high-fiber muffins your way.

Good post here Bluegrass...You know, Maher has been giving the right some meat to chew on, remember this one a few weeks ago when he ripped lear jet libs?

He's reading the tea leaves and sees this Ship Brotanic sinking and bailing out I think.

In six months when the wheels come off you won't be able to find one liberal Caucasian that'll admit they voted for Obama, I guarantee it.