WH Thinks Nationalized Health Care Works in Other Countries, but Doesn't Know Which Ones 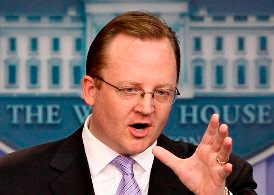 Obama's spokesman stands by the assertion that single payer health care works in other countries. However, he couldn't name a county.

White House (CNSNews.com) - Two days after President Barack Obama told the American Medical Association that in some countries a single-payer health care system “works pretty well,” the White House reaffirmed that people in those countries liked their health care, but also said it did not know to which countries the president was referring.

“I don’t know exactly the countries. I think if you talk to the people in the countries that have that system, they think their health care is pretty good,” White House Press Secretary Robert Gibbs told CNSNews.com Wednesday during the daily press briefing.

Gibbs is a dunce. Obama said it and they know they cannot give details without that country being all over the web with their healthcare problems.