Blame Bush Fail: No official responsible for overseeing the exploded rig was a Bush political appointee 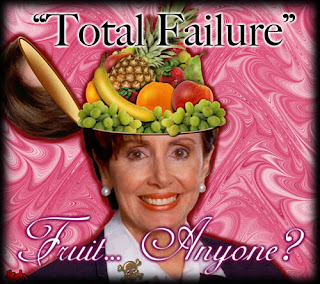 Nancy Pelosi is one of many democrats trying to play the "blame Bush" card over the Gulf oil spill. Here is Nancy Pelosi's attempt to blame Bush.

“Many of the people appointed in the Bush administration are still burrowed in the agencies that are supposed to oversee the [oil] industry,” Pelosi said when asked if Democrats could have prevented or mitigated the crisis by keeping a closer watch on the industry.

Added the Speaker, “the cozy relationships between the Bush administration’s agency leadership and the industry is clear…I’ve heard no complaints from my members about the way the president has handled it,” Pelosi stated.

Unfortunately for Speaker Pelosi, not one of the officials responsible for overseeing the exploded New Horizon rig were leftover "burrowed in" Bush appointees.

House Speaker Nancy Pelosi, D-Calif., recently blamed Bush appointees who “burrowed in” at the Minerals Management Service for the regulatory failures that led to the Deepwater Horizon disaster. But as it turns out, not one of the officials responsible for overseeing the exploded rig was a Bush political appointee.

The Washington Examiner has obtained biographic information on the MMS officials responsible for overseeing BP’s Deepwater Horizon rig at the time it exploded...Not one was a presidential appointment of George W. Bush...