It's Safe for Liberals to Discuss the Weather Again

Liberals in the mainstream media love to use hot weather as anecdotal evidence proof of man-made global warming. In the middle of a scorching heat wave in 2006, CBS proclaimed the global warming argument was over. In 2007, Newsweek blamed the deadly European heat wave of 2003 squarely on man-made global warming. During the abnormally cold weather and record blizzards of last winter, the media either remained silent or tried to blame the extreme cold and snow on global warming. Now, summer has returned and 90+ degree heat is gripping a large section of the U.S. It is safe for liberals and the Anthropogenic Global Warming crowd to discuss the weather again. 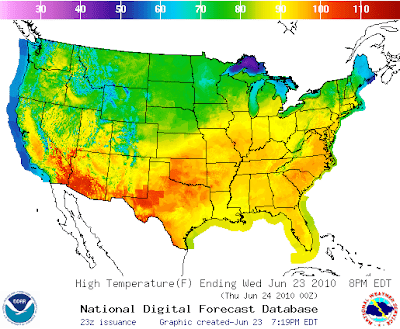