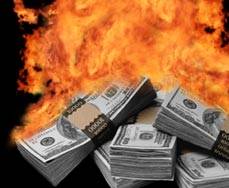 President Obama is throwing concern for deficits out the window and pushing the other G20 leaders to keep spending as a stimulus to the global economy. They are pushing back over concern the world is broke.

President Barack Obama’s push for continued global stimulus in light of a tenuous economic recovery was largely pushed back at the G-20 as world leaders agreed to focus on deficit reduction.

Obama and his team have repeatedly warned that while the worst of the crisis has passed, the recovery is still “uneven and fragile” and ongoing stimulus efforts are needed.

But European leaders, led largely by German Chancellor Angela Merkel, have pushed back on increased spending as deficits rage out of control.