German Jihadists in Pakistan Want Out

Foreign Jihadists in Pakistan are whining in phone calls, emails and Internet chat about how their situation is hopeless and they are fearful for their lives. The German government is trying to concoct an opt-out scheme for their Jihadist citizens.

Via The Jawa Report:

Several of the ~40 German Islamists in the Pakistan tribal Region of Waziristan are now looking to surrender and return to Germany.

The Federal Office for the Protection of the Constitution in Germany is currently developing an opt-out scheme for German jihadists...


One of the captured radical islamists Rami M. moaned about his hopeless situtation in phonecalls with his islamist friends in Hamburg. He is without passports and wants to hand himself in to the Germany Embassy.

A high ranking security expert added that foreign jihadists have come under great pressure in the last months.

Here is an opt-out plan we can support. 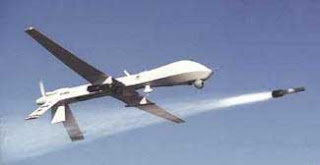