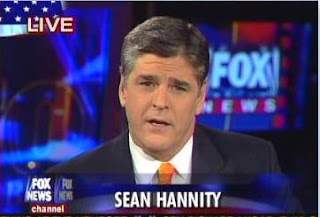 The liberals over at Media Matters must have been looking forward to an opportunity to slam Sean Hannity when he attacked President Obama's SCOTUS nominee Elena Kagan. The Hannity attack has so far failed to materialize. Media Matters fires a preemptive shot and attacks Hannity for not attacking Kagan. Huh?

We've noted that most right-wing media have been willing and eager to go back to the same well of discredited and false smears of Elena Kagan in their effort to take down her Supreme Court nomination.

But not Sean Hannity.

Yes, it appears that the case against Kagan is so weak that Hannity -- who basically uses his show to act as a GOP spokesman - isn't even going through the motions.

Tonight, on the first night of her confirmation hearings, Hannity mentioned Kagan in passing before turning to a discussion of the Supreme Court's ruling today on guns. According to a Nexis search, it was the first time her name had been spoken on his show in more than a month....