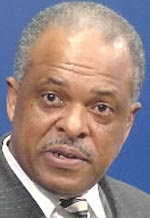 The Obama administration has tapped an outspoken critic of immigration enforcement on the local level to oversee and promote partnerships between federal and local officials.

Harold Hurtt, a former police chief in Houston and Phoenix, has been hired as the director for the U.S. Immigration and Customs Enforcement’s Office of State and Local Coordination...

But as a police chief, Hurtt was a supporter of “sanctuary city” policies, by which illegal immigrants who don’t commit crimes can live without fear of exposure or detainment because police don’t check for immigration papers.

He also, during his tenure as Houston police chief, criticized ICE’s key program...