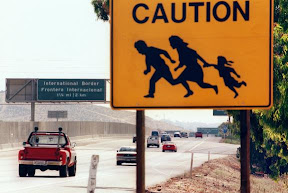 The forces of "open borders" are gathering...

President Barack Obama is enlisting activists and labor leaders in a push for comprehensive immigration legislation that will showcase Republican opposition and include a major speech by the president.

The strategy was discussed during a meeting Monday by a range of prominent labor leaders and activist groups. Participants say that Obama reiterated his support for immigration legislation but noted the political realities that have stalled it in Congress.

Latino leaders say they will work in coming months to pressure Republicans to give way and support an immigration bill – and make them pay at the ballot box if they don’t.