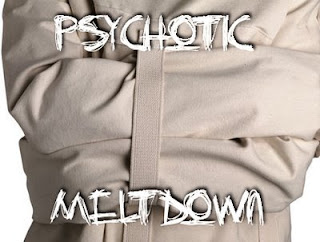 Democratic Underground is a very popular liberal message board. Recently, they have been undergoing a meltdown as liberals become increasing frustrated at Barack Obama's inability to quickly implement their far left agenda. They have implemented a new set of posting rules at Democratic Underground to bring their lefty posters under control. The rule changes vary from pure comedy to the absurd. Posters can no longer insult each other by using the "C" word. No, not that "C" word. They can't call another liberal poster a Conservative. Also, posters can no longer advocate voting against Democrats or for third party candidates. Oh, and they are banned from calling Barack Obama by his childhood name of "Barry."

- Insults against prominent Democrats, such as “F— Obama.”
- Name-calling against prominent Democrats. Calling Barack Obama “Barry” or some other name.
- Repeating Republican partisan attacks against Democrats.
- Broadly suggesting that there is no difference between Barack Obama and George W. Bush, or that there is no difference between Democrats and Republicans. (Arguing that specific policies are the same would be permitted.)
- Suggesting that President Obama has perpetrated a “con job” or “fraud,” or similarly over-the-top assertions of bad faith.
- Advocating voting against Democrats, or in favor of third-party or GOP candidates.
- Broad-brush smears against Democrats generally. Broad expressions of contempt toward Democrats generally.

Yet they have no issues with profanity.

Frankly if you are not in lock-step with the radical left they ban you.

They banned calling someone a bigot? But, but, but that is their entire arguing armory.

Sounds like AOL News. I used to love reading their news and taking their polls, but not anymore. They used to post polls with each news story but found out that the response was not the liberal response they wanted. Who knew there were so many Conservatives on AOL. Now they censor everything and only post one positive vs one negative message. Of course the conservative messages are short and bland and the Liberals long and detailed. Not too many responses any more and no more polls they can't control. I stopped watching them. I consider them part of the "Democratic Underground".