Obama Drove Past "Where's The Birth Certificate Billboard" This week

We have to wonder what President Obama was thinking as he drove past this billboard. 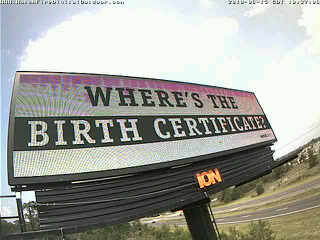 NAVARRE, Fla. – Barack Obama had a close encounter of the eligibility kind today as his motorcade drove past an electronic billboard on Highway 98 here asking the question, "Where's the birth certificate?"

The trip was part of Obama's tour of areas hit by the Gulf of Mexico oil spill, and the billboard was courtesy of WND's 13-month continuing campaign to raise the issue of the president's constitutional eligibility for office.

Is this where Obama's original long form birth certificate is stored? 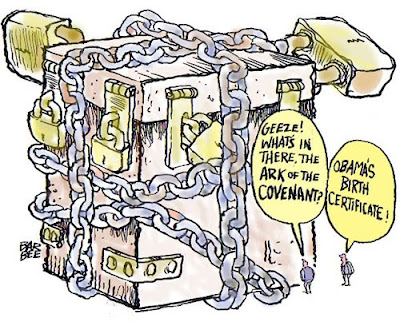