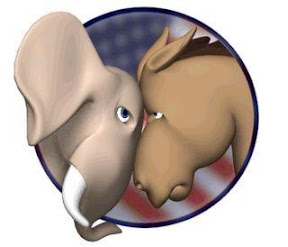 Voters give Republicans an eight point lead in a generic congressional ballot. This is down two pints from a week ago.

Republican candidates now hold an eight-point lead over Democrats on the Generic Congressional Ballot for the week ending Sunday, June 20.

A new Rasmussen Reports national telephone survey finds that 44% of Likely U.S. Voters would vote for their district's Republican congressional candidate, while 36% would opt for his or her Democratic opponent. Last week, Republicans led 46% to 36%, tying the GOP's largest lead ever since it first edged ahead of the Democrats a year ago.


Dissatisfaction with Congress is running very high. Only 12% of likely voters give Congress’ performance good or excellent ratings.

Though voters see more action from Congress, they continue to give the legislature poor ratings.