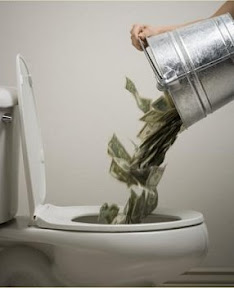 The CBO has estimated President Obama's budget plans will generate
$10 trillion in new deficits over the next decade. I realize $1.44 million may not seem like a lot to Congressmen or Washington bureaucrats, but this is real money out here in fly-over country. In the current budget climate, it is absurd to spend this kind of money on a project that is irrelevant to ordinary Americans.

The National Institute on Drug Abuse (NIDA), a component of the National Institutes of Health (NIH), has so far awarded $1.44 million in federal funds to a project that, among other things, is estimating the size of the population and examining the “social milieu” of male prostitutes in Hanoi and Ho Chi Minh City, Vietnam.

“In Study 1, formative ethnography will be used to describe the settings, venues, and overall social milieu in which male sex work is being situated,” says the NIH abstract for the grant. “In Study 2, we will conduct a Capture-Recapture Survey to estimate the size of the male sex worker population in each city.”...