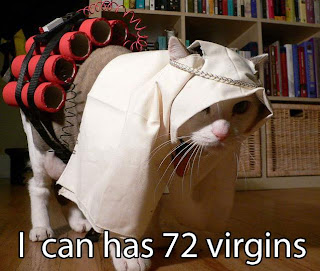 15 Islamists, including foreign fighters, have blown themselves up when the bombs they were building detonated prematurely inside an Afghan Mosque.

Eight Arab, five Pakistani and two Afghan militants were killed when bombs they were making exploded prematurely inside a mosque in eastern Afghanistan, the Interior Ministry said Sunday.

The insurgents were assembling bombs in Desi Mosque of Yousifkhela district...

Email ThisBlogThis!Share to TwitterShare to FacebookShare to Pinterest
Labels: accidently, blow up, terrorists

Job 4:8 Even as I have seen, they that plow iniquity, and sow wickedness, reap the same.