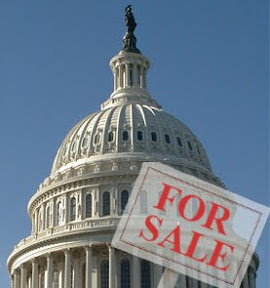 Democrats want to pass a campaign finance reform bill, but they don't want to anger their supporters. What is the solution? Exclude unions from all or part of the legislation. That should keep the $100 plus million in union campaign money for democrats flowing this Fall.

Overcoming opposition from within their own ranks, Speaker Nancy Pelosi and Democratic House leaders pushed through a controversial campaign finance reform bill Thursday on a 219-206 vote.

The DISCLOSE — Democracy Is Strengthened by Casting Light on Spending in Election — Act will require corporations, labor unions, trade associations and advocacy groups to publicly declare their role in TV ads...

But the House bill exempts the National Rifle Association, unions and other special interests from all or part of the legislation, which Republicans charged was the product of “backroom deals” and Democrats said was necessary to get the bill passed. ..