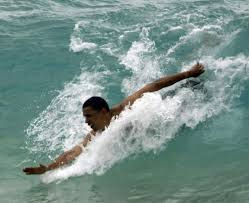 Obama reportedly has cut the funding for preventing the use of improvised explosive devices (IEDs) from $20 million to $11 million...


Barack Obama’s administration has cut the budget nearly in half for preventing domestic bombings, MailOnline can reveal.

Under President George W. Bush, the Department of Homeland Security had $20 million allocated for preventing the use of improvised explosive devices (IEDs) by terrorists working inside the United States. The current White House has cut that funding down to $11 million.

That assessment comes from Robert Liscouski, a former Homeland Security Assistant Secretary for Infrastructure Protection, in the wake of the Boston Marathon bombings on April 15 that killed three Americans and injured at least 173 others.

He told MailOnline that the Obama-era DHS is, on the whole, about as well-positioned as it was during the Bush administration to handle the aftermath of the April 15 bombings in Boston, ‘but the Obama administration has continued to cut the budget for offices such as the Office for Bombing Prevention from $20 million started under Bush, to $11 million today.’

If Only Obama had applied the $20 million his Hawaiian vacations have cost, could this tragedy have been prevented? The bombs were reportedly made using pressure cookers. Democrats will demand background checks for pressure cooker buyers in 3..2..1...