89 year old WW2 veteran beaten to death by two teens who might look like Obama's son's if he had one... 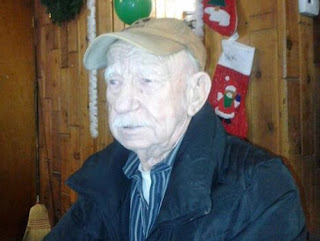 George Zimmerman was lucky he was armed or he may have met the same fate. It's a shame Mr. Belton wasn't packing...


(KXLY) — WWII veteran Delbert Belton survived being wounded in action during the Battle of Okinawa only to be beaten and left for dead by two teens at the Eagles Lodge in Spokane on Wednesday evening.
Belton, 89, died from the injuries he suffered in the beating Thursday morning at Sacred Heart Medical Center.
Witnesses say the Belton was in the parking lot of the Eagles Lodge at 6410 N. Lidgerwood, adjacent to the Eagles Ice-A-Rena, around 8 p.m. Wednesday when the two male suspects attacked him.
Belton died from his injuries Thursday at Sacred Heart Medical Center.
“Shorty,” as he was known by his friends at the Eagles Lodge, served in the U.S. Army in the Pacific during WWII and was shot in the leg during the Battle of Okinawa. He went on to work at Kaiser Aluminum at the company’s Trentwood plant for more than 30 years.[...]
Spokane police are looking for two male suspects in the attack. They said the suspects are African Americans between 16 and 19 years old.
One suspect was described as heavy set and wearing all black clothing. The other was described as being about 6 feet tall and 150 pounds. There was no description of what clothing the second suspect was wearing other than a silk do-rag.

Will Obama do anything about the epidemic of violence by young black males? I guess he and liberals will use this incident to call for more gun control. Oh wait, they didn't shoot Mr. Belton. They beat him to death.
Posted by Bluegrass Pundit at 5:55:00 AM