Obama's DOD training materials identify colonists who sought to free themselves from British rule as extremists... 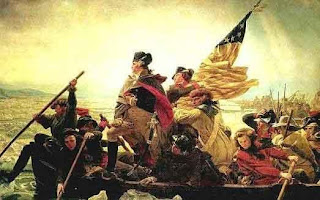 This is the first administration to think the colonist who fought and died for our country and freedom are were extremists. Every other administration thought they were freedom fighters and heroes. No wonder they have such disdain for the Constitution. It was written by extremists.


Judicial Watch obtained Defense Department training materials on Friday that described conservative and civil liberties organizations as “hate groups.”
The training materials used by the Air Force were created to help students “recognize extremists ideologies.” The materials identified conservative values, such as individual liberties and states’ rights, as recruiting rhetoric used by “extremists.”
According to Judicial Watch:
Under a section labeled “Extremist Ideologies” the document states, “In U.S. history, there are many examples of extremist ideologies and movements.  The colonists who sought to free themselves from British rule and the Confederate states who sought to secede from the Northern states are just two examples.”
Keep on reading…

Yes, they were extremists for their day in a GOOD way. Just like the TEA Party is now.