Obvious: 80 percent of Israeli Jews believe a peace deal with the Palestinians is impossible 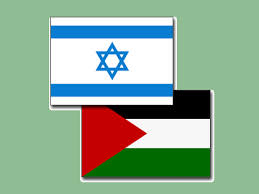 The only way for Israel to have peace with Palestinians is to surrender and leave the Middle East. it's not going to happen...


Almost 80 percent of Israeli Jews believe a peace deal with the Palestinians is impossible, an opinion poll found on Friday, two days after the resumption of negotiations in Jerusalem.
Asked whether “this time, we will reach a final agreement that will put an end to the conflict,” 79.7 percent of respondents said no, and just 6.2 percent said yes.
Another 14.1 percent expressed no opinion.
The survey, published in rightwing freesheet Israel Hayom, was carried out by Israeli research institute Hagal Hahadash among a representative sample of 500 Israeli Jews.
Asked about the government’s decision to release long-serving Palestinian prisoners alongside the resumed peace talks, 77.5 percent of respondents said they opposed it and just 14.2 percent said they were in favour.
Keep on reading…