Some democrats are testing the water to challenge Hillary in 2016... 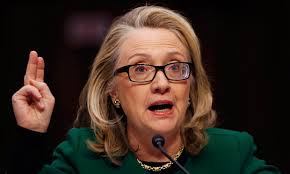 Hillary is certainly the frontrunner now, but the same was true in 2008 before Barack Obama burst onto the scene.


If Hillary Clinton has indeed managed to "freeze" the Democratic presidential field for 2016, as many pundits suggest is the case, some big cracks in the ice are about to spread across Iowa.
A growing number of ambitious Democrats are no longer waiting passively for the former secretary of state and frontrunner-in-waiting to make her decision about a campaign. Instead, they will soon begin the quadrennial ritual of descending en masse on the nation’s first voting state.
Minnesota Sen. Amy Klobuchar is set to become the first potential Democratic contender to introduce herself to future caucus-goers when she delivers the keynote address Friday at the 10th annual North Iowa Wing Ding Fundraiser.
Vice President Joe Biden and San Antonio Mayor Julian Castro (the latter keynoted the 2012 Democratic National Convention) will be hot on Klobuchar’s heels when each appears Sept. 15 at Iowa Sen. Tom Harkin’s 36th annual steak fry in Indianola.
And if there is any question about the significance of the 38-year-old mayor’s attendance at the event, one need only look back to the 2006 steak fry. That year, a freshman senator named Barack Obama, who was then firmly denying any intention of running for president in 2008, introduced himself to Iowa at the same confab.

If Hillary doesn't get the nomination, what difference does it make? (snark)
Posted by Bluegrass Pundit at 5:56:00 AM