Arizona sheriff to Rubio: "You know nothing about our border." 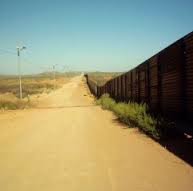 I like Rubio and understand his motivation to get an immigration bill done.  Most conservatives support some sort of immigration bill. However, the devil is in the details and many don't want a path to citizenship for millions who came here illegally and the border security part of the bill has to be ironclad. Rubio let Schumer sell him a bad bill. He should admit it and walk away. We can do immigration reform when we control both the House and Senate.

Sitting at a local eatery under the shadow of the Huachuca Mountains, he questioned how much time, if any, the law makers who drafted SB 774 –  known as the ”Gang of Eight” bill — had actually spent on the border. Dannels, along with residents living on the Southwest border and local senior law enforcement officials told TheBlaze on a recent trip to Arizona that they were left out of the decision making process on border security.  They say the Gang of Eight bill just isn’t good enough when it comes to addressing the complex security issues they deal with every day.

“Look at (Sen. Marco) Rubio out of Florida — have you been down here, Rubio?” he said, noting that drug cartels had just replaced a radio relay station on the mountain that the sheriff’s team had taken down less than three weeks earlier.[...]

Home invasions, burglary, theft, destruction of private property — and a constant fear that it’s only going to get worse — is something Cochise County border residents live with daily.