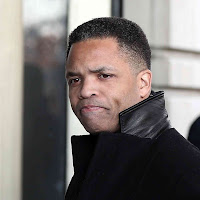 
A federal judge sentenced former congressman Jesse Jackson Jr. to 30 months, or about 2-and-a-half years, in prison for misuse of campaign funds.
“This is a very sad day and a difficult case,” said Judge Amy Berman Jackson before the  sentence was handed down. She said she finds he is “genuinely committed”  to his work in Congress. But, she said  he wrote checks and credit charges more than 3,000 times.
Talking about Jackson’s illness, she said “this disorder can not begin to explain” the multiple purchases.
“You are a member of Congress who never missed a vote,” the judge said, adding that she received letters from people implying Jackson is “guilty of bad acts but you are not a bad man.”
“But as a public official you are supposed to live up to a higher standard of integrity,” she said.