Syria threatens to attack Israel is if attacked for use of chemical weapons... 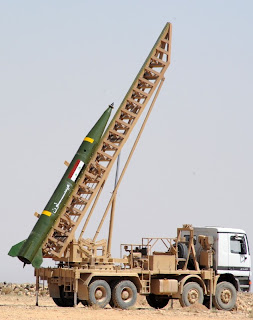 I would suggest that would be doubling down on stupid...

Via The Times of Israel:


A senior Syrian official on Monday issued a first direct warning that if attacked, his country would retaliate against Israel. Khalaf Muftah, a senior Baath Party official who used to serve as Syria’s assistant information minister, said in a radio interview that Damascus would consider Israel “behind the [Western] aggression and [it] will therefore come under fire.”

Muftah concluded with a warning that “If the US or Israel make the mistake of taking advantage of the chemical issue… the region will go up in flames… that will affect security not only in the region but across the world.”

His words were echoed by Iranian officials, who on Monday shrugged off the threat of a US attack on its close ally Syria, but said that if such a strike were to take place, Israel would suffer.