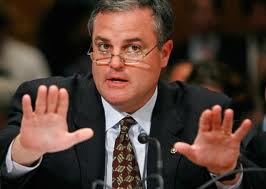 If he gets re-elected he will...


Facing an intense bid for reelection, Sen. Mark Pryor (D-Ark.) appears to be distancing himself from President Barack Obama.
In an interview with Politico published on Monday, Pryor cleared the air about where he stands in comparison to the commander-in-chief, noting that Obama “doesn’t connect well” with Arkansas.
“I think that President Obama has in some ways what you would think of as a hard-left agenda in various ways, and that agenda is not popular in our state,” Pryor said. “And a lot of that agenda I don’t support.”

Right. Sure he doesn't.