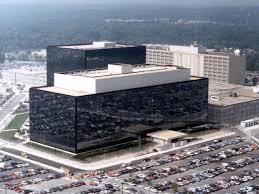 Obama claims the NSA isn't spying on ordinary Americans. He is a liar. The NSA appears to be a rogue agency. Of course, when the President doesn't think he has to play by the rules and abide by the law, why should NSA employees think they should?


The National Security Agency has broken privacy rules or overstepped its legal authority thousands of times each year since Congress granted the agency broad new powers in 2008, according to an internal audit and other top-secret documents.
Most of the infractions involve unauthorized surveillance of Americans or foreign intelligence targets in the United States, both of which are restricted by law and executive order. They range from significant violations of law to typographical errors that resulted in unintended interception of U.S. e-mails and telephone calls.
The documents, provided earlier this summer to The Washington Post by former NSA contractor Edward Snowden, include a level of detail and analysis that is not routinely shared with Congress or the special court that oversees surveillance. In one of the documents, agency personnel are instructed to remove details and substitute more generic language in reports to the Justice Department and the Office of the Director of National Intelligence.