Sequester Update: Fist dog Bo flies to Martha's Vineyard on his own aircraft... 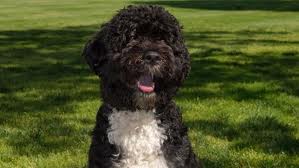 Obama is feeling the pain of the little people...not...

Rooms have to be found for dozens of Secret Service agents, someone has to carry a selection of presidential basketballs, and of course the family dog needs his own state-of-the-art aircraft.
Arriving in the idyllic coastal retreat of Martha's Vineyard in Massachusetts, Mr Obama left behind him in Washington DC high profile debates over the budget, government surveillance and his health care reforms. Instead, he will spend the next eight days playing golf, going to the beach, and buying books from the Bunch of Grapes bookstore.
In the air he swapped his suit and tie for khakis and a blue shirt with rolled-up sleeves, while Mrs Obama wore a yellow-and-white summer dress.
Bo, the president's Portuguese Water Dog, arrived separately on one of two MV-22 Ospreys, a hybrid aircraft which takes off like a helicopter but flies like a plane.