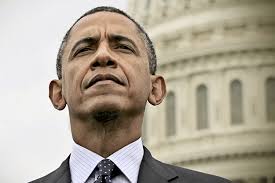 If you give someone that kind of access and power, someone will abuse it. This is why they should never have access to everyone's emails, phone calls and other electronic information. The NSA should have to get the records from providers on at a time after they get a court order.


Staff working at America's National Security Agency – the eavesdropping unit that was revealed to have spied on millions of people – have used the technology to spy on their lovers.

The employees even had a code name for the practice – "Love-int" – meaning the gathering of intelligence on their partners.
Dianne Feinstein, a senator who chairs the Senate intelligence committee, said the NSA told her committee about a set of "isolated cases" that have occurred about once a year for the last 10 years. The spying was not within the US, and was carried out when one of the lovers was abroad.
One employee was disciplined for using the NSA's resources to track a former spouse, the Associated Press said.

Don't be surprised when it is later revealed that someone has used their ability to spy for political purposes. Note: Notice they said one employee was disciplined. The term "disciplined" usually doesn't mean fired. I guess the rest who did it, weren't punished at all.