Al-Qaeda ‘peace envoy’ in Syria turns out to be a suicide bomber... 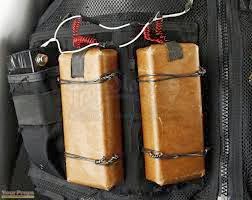 
(Ahlul Bayt News Agency) – An al-Qaeda ‘peace envoy’ in Syria has blown himself up among a rival militant group, killing 16 of them including two commanders, a new report says.
The so-called Syrian Observatory for Human Rights reported on Sunday a militant from al-Qaeda’s Islamic State of Iraq and Levant (ISIL) was sent to a group of rival militants, in al-Raei town in Aleppo, as a ‘peace envoy’ for negotiations.
It was the second time the envoy was sent for talks, but this time he turned out to be a suicide bomber who killed 16 people and wounded 20 others.