Michael Sam’s father on his son coming out gay: Deacon Jones “is turning over in his grave,” 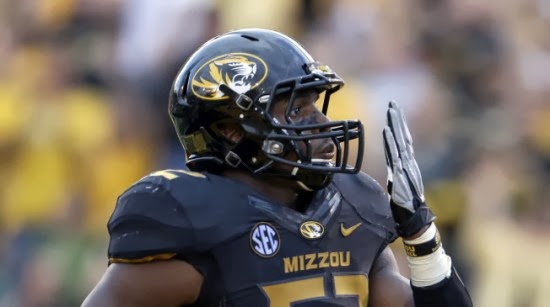 Michael Sam informed his father he was gay by sending a text message? What a douchebag.


Michael Sam’s father is struggling to cope with the news that his son is gay.
The All-American defensive end came out to his teammates at Missouri last August, but didn’t inform his parents until last week.
Michael Sam Sr. said his son sent him a text message that said, “Dad, I’m gay.”
The elder Sam told the New York Times that he was floored by the text.
“I couldn’t eat no more, so I went to Applebee’s to have drinks,” Sam Sr. told the Times. “I don’t want my grandkids raised in that kind of environment.”
While he hopes his son makes it to the NFL, Sam Sr. made it clear that he’s uncomfortable with the idea of an openly gay player competing in the league. Deacon Jones, the legendary former pass rusher, “is turning over in his grave,” Sam Sr. said.

Email ThisBlogThis!Share to TwitterShare to FacebookShare to Pinterest
Labels: gays