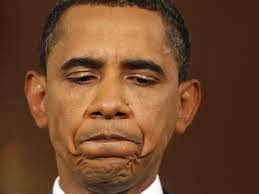 
The Treasury Department rolled out Monday afternoon more tweaks to the health care law’s requirement that all large employers–those with 50 or more workers–provide insurance coverage to their workers. This is the part of Obamacare was supposed to take effect at the start of 2014, but was delayed by the White House this past summer as the White House was facing significant push back from employers.
In today’s final rule, the Obama administration is essentially relaxing the employer mandate for 2015–in a big way for medium-sized businesses, and a smaller way for the largest employers. Here’s a rundown of the key changes.
1. Employers with between 50 to 99 employees get another year of transition. The Obama administration will give medium-sized businesses another year’s pass on providing insurance coverage to workers. Treasury estimates that about 2 percent of American businesses fall into this category, but does not have numbers on how many people work for businesses of this size. For these companies, the employer mandate does not take effect until 2016. [...]
2. Employers with 100 or more workers aren’t required to cover everyone. Previous regulations had required large employers to offer coverage to 95 percent of full-time employees to be considered in compliance with the employer mandate. Today, Treasury is ratcheting that requirement back: Large companies that offer coverage to 70 percent of their employees will be counted as fulfilling the employer mandate. This is a transitional measure and, by 2016, large employers will need to hit the original, 95 percent target. Treasury estimates another 2 percent of American businesses fall into this category, with more than 100 employees, but again, we don’t have numbers on how many workers those companies employ.
3. Volunteers won’t be counted as full-time employees. There had been some tussling on Capitol Hill over whether certain volunteers – mostly volunteer firefighters – would count as full-time employees, for purposes of the health care law. Today’s rule clarifies that they do not count as employees–which eliminates any incentives to get rid of volunteer positions.
Keep on reading…