Remington is expanding in the gun-friendly state of Alabama... 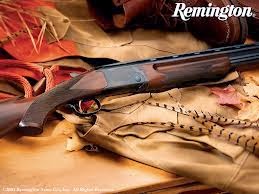 
News sources in Alabama reported on Saturday that an announcement will be made on Monday confirming that Remington Arms is building a new 500,000 square-foot plant in that state and the $87 (m) million dollar investment will mean about 2000 jobs.
Alabama’s Yellowhammer, Military Times and AL.com have reported that some of the jobs will be coming from Remington’s birthplace, Ilion, where some 1300 jobs remain.
The Yellowhammer quotes an inside anonymous source at Remington who claims that the Ilion plant will remain open, but with a ‘reduced workforce.’
Governor Cuomo’s spokesman, Rich Azzopardi used Twitter on Saturday night to dispute that, by saying, “…to be clear, no Remington jobs are leaving New York.”
Some are misinformed, others gleefully spreading misinformation, but to be clear, no Remington jobs are leaving NY.
— Rich Azzopardi (@RichAzzopardi) February 16, 2014

Governor Cuomo’s spokesman is trying to spin this as n job loss for New York. It may be correct the current NY Remington plant isn't cutting back for now. On the other hand, NY isn't getting the 2000 new manufacturing jobs.
Posted by Bluegrass Pundit at 5:52:00 AM

They are not welcome in that state anyway!