Greenpeace co-founder: No evidence man is contributing to climate change 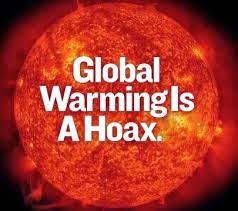 
A co-founder of Greenpeace told lawmakers there is no evidence man is contributing to climate change, and said he left the group when it became more interested in politics than the environment.
Patrick Moore, a Canadian ecologist and business consultant who was a member of Greenpeace from 1971-86, told members of the Senate Environment and Public Works Committee environmental groups like the one he helped establish use faulty computer models and scare tactics in promoting claims man-made gases are heating up the planet.
“There is no scientific proof that human emissions of carbon dioxide (CO2) are the dominant cause of the minor warming of the Earth’s atmosphere over the past 100 years,” he said.

It's a shame the fake global warming focus has diverted us from using rescources to combat real pollution and environmental issues.
Posted by Bluegrass Pundit at 7:05:00 PM