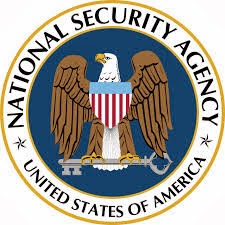 NSA spying isn't about al Qaeda. It's about government control.

The list of those caught up in the global surveillance net cast by the National Security Agency and its overseas partners, from social media users to foreign heads of state, now includes another entry: American lawyers.
A top-secret document, obtained by the former N.S.A. contractor Edward J. Snowden, shows that an American law firm was monitored while representing a foreign government in trade disputes with the United States. The disclosure offers a rare glimpse of a specific instance in which Americans were ensnared by the eavesdroppers, and is of particular interest because lawyers in the United States with clients overseas have expressed growing concern that their confidential communications could be compromised by such surveillance.
The government of Indonesia had retained the law firm for help in trade talks, according to the February 2013 document. It reports that the N.S.A.’s Australian counterpart, the Australian Signals Directorate, notified the agency that it was conducting surveillance of the talks, including communications between Indonesian officials and the American law firm, and offered to share the information.

A top-secret document, obtained by the former N.S.A. contractor Edward J. ... while representing a foreign government in trade disputes with the United States. ... Duane Layton, a Mayer Brown lawyer involved in the trade talks, said he did ... Both nations have trade and security interests in Indonesia. florida arrest records search