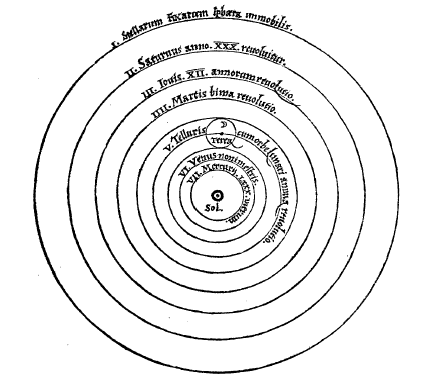 One in four Americans are completely unfamiliar with Nicolaus Copernicus's 1543 theory that the Earth circles the Sun, according to a study by the National Science Foundation.
The survey, released on Friday at an annual meeting of the American Association for the Advancement of Science, asked 2,200 people nine factual questions about physical and biological science, with the average score being just 5.8 correct answers.
The question - "Does the Earth go around the Sun, or does the Sun go around the Earth" - was answered incorrectly by 26 per cent of respondents.