Update: The Socialist Paradise Of Venezuela Has Major Issues... 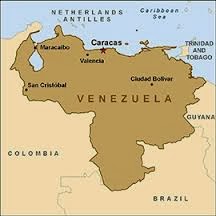 Liberals fail to recognize Socialism is a bad plan. They just think it isn't being implemented well. The latest country to poorly implement Socialism is Venezuela.


“I want to get out of here. I want to leave this country as soon as possible and never come back.”
The text from my friend Luis surprised me. A lawyer by training, he got his masters in urban planning from an elite Manhattan university, and had returned to Venezuela full of hope. He was hired by a local NGO working on poverty abatement issues. But now, he’s fed up.
“Nothing works. There are lines to buy everything. Prices have gone through the roof. You can’t go out at night for fear of getting shot. If you want to get married, finding a place to live is impossible. The country has become unlivable.”
Luis’s story is a depressingly common one on the streets of Venezuela’s major urban centers. The nation’s young people are tired of enduring one of the world’s highest inflation rates, highest murder rates, scarcity of basic staples like toilet paper, and the near certainty that things are going to get worse before they get better. A few days ago, the Associated Press reported on Venezuelans camping on the sidewalk to get information about emigrating to Ireland.
Keep on reading…

A dirty war has begun. Government goons are killing people in the street and the dictator calls for the arrest of opposition leaders.