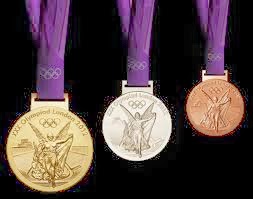 Our government demands its share. They don't think athletes built the bodies that won...

U.S. Olympic gold medal winners could owe almost $10,000 to the IRS
As 230 U.S. Olympic athletes gear up to compete in the 2014 Winter Games, the only thing colder than the slopes at Sochi is the fact that any prizes awarded by the U.S. Olympic Commission (USOC) will be taxed by the IRS. Many Americans don't realize that the U.S. taxes income earned abroad, and as such even the winnings of Olympic athletes are subject to the reach of the IRS.
The USOC awards prizes to U.S. Olympic medal winners: $25,000 for gold, $15,000 for silver, and $10,000 for bronze. Relative to each athlete's income tax bracket, some top earners such as Shaun