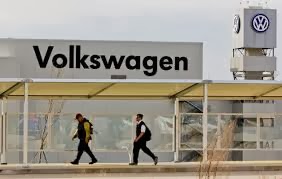 Unbelievably, Volkswagen was supporting the UAW unionization drive. The reason is thought to be related to politics in Germany. Unions are very powerful in most European governments.  Volkswagen used to have a plant in the us near Pittsburgh. It closed in 1988 in large part because militant UAW workers called too many strikes and walkouts.


CHATTANOOGA, Tenn. (AP) — Workers at a Volkswagen factory in Tennessee have voted against union representation, a devastating loss that derails the United Auto Workers union’s effort to organize Southern factories.
The 712-626 vote released late Friday stunned many labor experts who expected a UAW win because Volkswagen tacitly endorsed the union and even allowed organizers into the Chattanooga factory to make sales pitches.
The UAW for decades has tried without success to organize a foreign-owned plant in a region that’s wary of organized labor. The loss now makes it even harder for the union to recruit members at another Southern factory.