We now have proof Obama lied about not knowing about HealthCare.gov’s problems 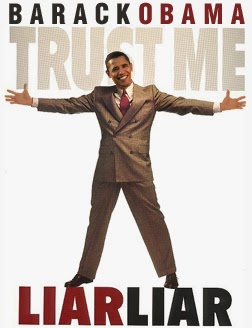 Well, we knew Obama was a liar. We just needed some evidence on this one.


While Sebelius has said the president was not aware of HealthCare.gov’s problems, more than 750 pages of documents obtained by The Hill through a Freedom of Information Act request show she made scores of visits to the White House.
The documents reveal that Sebelius met with or attended calls and events with Obama at least 18 times between Oct. 27, 2012, and Oct. 6, 2013, including at least seven instances in which the two were scheduled to discuss the new healthcare law, according to the secretary’s draft schedules.
She had breakfast or lunch with Pete Rouse, considered one of Obama’s closest advisers, at least three times. Moreover, Sebelius had scheduled calls or meetings with Valerie Jarrett, an Obama confidante, and White House chief of staff Denis McDonough…
The schedules suggest Sebelius was an active White House presence in the months leading up to the botched rollout, and raise new questions about why Obama wouldn’t have known about the problems that were exposed on Oct. 1.