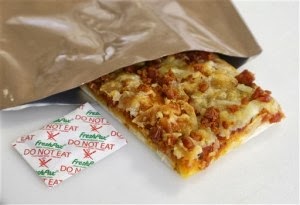 If civilization as we know it ends, you can still have pizza for three years.


They call it the holy grail of ready-to-eat meals for soldiers: a pizza that can stay on the shelf for as long as three years and still remain good to eat.
Soldiers have been asking for pizza since lightweight individual field rations — known as meals ready to eat, or MREs — replaced canned food in 1981 for soldiers in combat zones or areas where field kitchens cannot be set up.
Researchers at a U.S. military lab in Massachusetts are closing in on a recipe that doesn’t require any refrigeration or freezing.
“You can basically take the pizza, leave it on the counter, packaged, for three years and it’d still be edible,” said Michelle Richardson, a food scientist at the U.S. Army Natick Soldier Research, Development and Engineering Center.