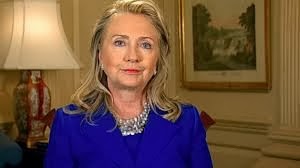 On Feb. 23, 1993, Blair joined the Clintons for a family dinner at the White House. The subject of health care reform came up.
“At dinner, [Hillary] to [Bill] at length on the complexities of health care—thinks managed competition a crock; single-payer necessary; maybe add to Medicare,” Blair wrote.
The account is at odds with public statements by the former First Lady that she never supported the single-payer option.
In an interview with the New York Times as she ran for president in 2008, Hillary Clinton said she had never seriously considered adopting a single-payer system, in which the government, using funds appropriated from taxpayers, pays for all health care expenses.
“You know, I have thought about this, as you might guess, for 15 years and I never seriously considered a single payer system,” said Clinton in the interview.
At the time of Blair’s account, the First Lady recently had been appointed to the president’s health care task force and had started her push for an insurance reform that hinged on the “managed competition” model.
However, at the February 1993 dinner, the First Lady already seemed to regret her decision to take on health care reform.