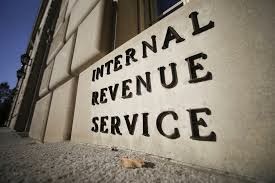 100% of the groups audited that were already operating as 501(c)(4)s were Conservative, but there isn't a smidgen of corruption involved...


The IRS has been under scrutiny since an inspector general’s report last May found that the agency had targeted conservative groups for lengthy and heavy-handed review of their applications to become tax-exempt organizations under section 501(c) 4 of the tax code. The controversy led to significant management shakeups at the IRS and generated a slew of congressional investigations, some of which are still going on.
On Tuesday, House Ways and Means Chairman Dave Camp (R., Mich.) said his committee’s continuing investigation has found that the IRS also singled out established conservative tax-exempt groups for audits.
“We now know that the IRS targeted not only right-leaning applicants, but also right-leaning groups that were already operating as 501(c)(4)s,” Mr. Camp said in a statement. “At Washington, DC’s direction, dozens of groups operating as 501(c)(4)s were flagged for IRS surveillance, including monitoring of the groups’ activities, websites and any other publicly available information. Of these groups, 83% were right-leaning. And of the groups the IRS selected for audit, 100% were right-leaning.”
Keep on reading…