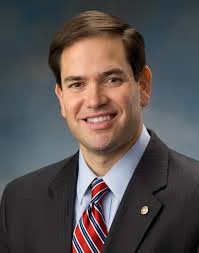 Can the base forgive Marco Rubio for his  “gang of seven” immigration reform betrayal?  Perhaps, but Rubio has yet to do a complete mea culpa and ask for forgiveness...


A group of Republican fundraising heavyweights and wise men in Washington’s business community are solidly behind Rubio, and see him not only as someone who could win the White House, but someone they can work with…
Political strategists think Rubio’s chances of winning the GOP nomination in 2016 are looking better because of the bridge scandal embroiling New Jersey Gov. Chris Christie and Rep. Paul Ryan’s (R-Wis.) decision to forego a White House bid to aim for the gavel of the powerful House Ways and Means Committee…
But first, Rubio would face the difficult choice of whether to opt for a presidential run when it could cost him his Senate seat.
Florida law does not allow Rubio to run simultaneously for the Senate and the White House in 2016, when his seat in the Senate is up.