Sen. Mike Lee is trying to put the work requirement back into welfare... 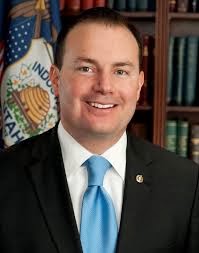 
Utah Republican Sen. Mike Lee is trying to get more work into welfare.
On Wednesday, Lee introduced a bill that would restore the monthly work requirements for food stamps that President Obama suspended in 2009 with the stimulus. Lee’s legislation will also attempt to get control over welfare spending and provide more transparency by placing caps on annual means-tested program spending and requiring states to report spending levels.
“Poverty is not just the absence of money, but also the absence of opportunity,” Lee said. “Today’s poverty programs place artificial restraints on those who are trying to get ahead, build careers and provide better lives for themselves and their families. Successful welfare programs are those that make poverty more temporary, not more tolerable, and we need to move current policy in that direction.”
The “Welfare Reform and Upward Mobility Act” is currently cosponsored by Texas Republican Sen. Ted Cruz, Louisiana Republican Sen. David Vitter, and Oklahoma Republican Sen. Jim Inhofe.
Ohio Republican Rep. Jim Jordan has a companion bill in the House.
“It’s sad to see one of the two major parties step over the line and say it’s good when people work less,” Jordan said Monday of the effort to bring more work to welfare, arguing Democrats have embraced a work less approach to assistance.