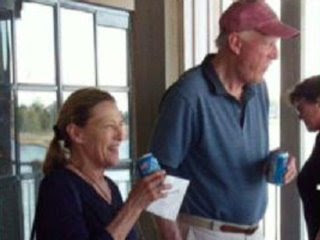 A retired State Department employee and his wife, Walter Kendall Myers and Gwendolyn Steingraber Myers, have been charged with spying for Cuba over thirty years. The Myers did not do it for the money, they were left wing wackos who loved Castro and hated President Bush. This is reportedly the same State department employee who tried to damage our relations with the British a few years ago. From BabaluBlog and The Telegraph:

According to the UK Telegraph, it turns out that this Kendall Myers scumbag is the same State Department official who embarrassed both the US and the UK by stating to the press that Britain and the US were really not all that friendly to each other and that Britain should distance itself from the Bush administration.

Wow. This story has just taken my breath away. Do you remember the State Department analyst in the Bureau of Intelligence and Research (relatively obscure but one of the US government's intelligence agencies) who caused a storm in late 2006 with his disdainful remarks about the US-UK "special relationship?

His name was Kendall Myers and I was one of two British journalists who reported his decidedly undiplomatic comments. He retired quietly in 2007. Well, he's just been arrested as a spy for Cuba for nearly 30 years. The Cubans apparently knew him better as their Agent 202.

The most telling part of this Telegraph article is the reporter's impression of Myers when he met with him in D.C. for a drink back in 2001.

I found him to be an erudite and well-read fellow who was an interesting conversationalist and was much more indiscreet that most State Department officials. He was clearly no fan of President George W. Bush and seemed to be fit the caricature of the pro-European, soft-Left type that is often levelled at the State Department by conservatives.

I guess Myers is one of those patriotic Bush haters the left keeps telling us about.