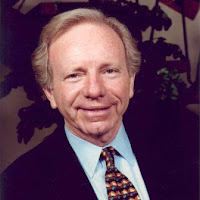 Sen. Joe Lieberman (I-Conn.) is refusing to support a "government-run" Health care. Lieberman and a couple of centrist Democrats lack of support offs hope "Obamacare" will be stopped in the Senate. The Hill's Briefing Room reported:

Sen. Joe Lieberman (I-Conn.) said this weekend that he opposes a public option plan for consumers in a healthcare reform plan to emerge from the Senate.

Lieberman's decision joins several other centrist Democrats' decision to have publicly refused to back the plan, derided as a "government-run" plan by Republicans.

Centrist Democrats like Sens. Mary Landrieu (La.) and Ben Nelson (Neb.) have also been skittish to back the public option, which is favored by liberal Democrats and the Obama administration. If Republicans are able to pick off enough Democrats, they may be able to muster enough votes to filibuster any legislation that includes the public option.

He's just doing what he does best: sitting on the fence looking smug until he figures out who will give him more to vote with them. Don't mistake this for any kind of principles.