Climate Isn't The Only Change In Al Gore's Future 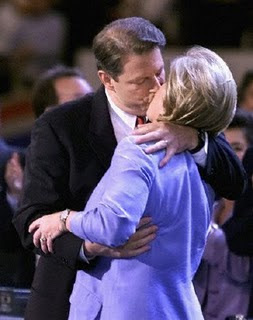 Al Gore claims the climate is getting warmer, but things have cooled off in his marriage to Tipper. The couple announced today they were separating after 40 years of marriage. I hate to see any marriage of that length dissolve, but I can't help wondering if Al's obsession with promoting global warming, and profiting from that promotion, is part of the reason they "grew apart."

NASHVILLE, Tenn. – Al Gore once claimed his romance with wife Tipper inspired the novel "Love Story" and the couple shared an uncomfortably long kiss before millions on the stage of the Democratic National Convention.

Now, after a 40-year marriage that survived the near-death of a child and the heartache of losing the disputed 2000 presidential election, the former high school sweethearts are calling it quits....