Almost Nobody Wants Democrats in Congress to Lead Policy Making 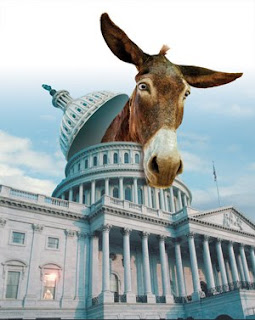 The Nancy Pelosi legacy continues to haunt Democrats in Congress. Only 16% want Democratic congressional leaders to have the major voice in new policy. Surprisingly, almost as many Americans want the Tea Party to take the lead as want Prescient Obama to lead. These results are from a recent USA Today/Gallop poll.

The results reflect the strength of the Tea Party movement as the GOP prepares to take control of the House of Representatives in January.

Let's see if the new Rs will stay true to their word ..as to the elitists in the RNC-NRSC- geeeez!
Hope your Thanksgiving was peace-filled..
Carol-CS