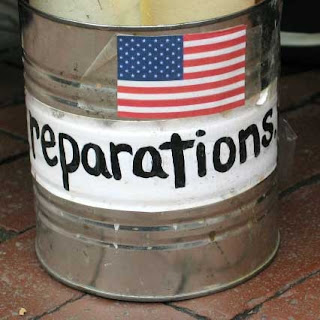 The Pigford II settlement is rife with fraud. There are more people claiming discrimination that there are black farmers.

USDA employees and FBI officials estimate that the number of fraudulent claims range from 50 percent to 95 percent.

(Big Gov’t)- Congress is rushing through its lame duck session to finally appropriate funds to pay out claims from the Pigford II settlement. The settlement is meant to clear up claims from black farmers who claim discrimination from USDA and also missed out on the first settlement.

The legislation sets aside $1.5 billion to pay these claims. The legislation also makes cuts in other federal programs to “pay for” the new spending. Among the cuts are $500 million for nutrition programs for women, infants and children.

From the Senate language:

Notwithstanding any other provision of law, of the amounts made available in appropriations Acts to provide grants to States under the special supplemental nutrition program for women, infants, and children established by section 17 of the Child Nutrition Act of 1966 (42 U.S.C. 1786), $562,000,000 is rescinded.