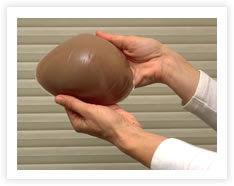 This is madness. Did they really think she was a Nigerian terrorist prepared to blow her 'boobs' off?

A flight attendant and cancer survivor has revealed her horror at being forced to show her prosthetic breast to a security agent during a pat-down at Charlotte Douglas International Airport.

Cathy Bossi from South Charlotte has been a flight attendant for over 30 years and has worked for U.S. Airways for the past 28 years...

Ms Bossi said: 'She put her full hand on my breast and said, 'What is this?'. And I said, 'It's my prosthesis because I've had breast cancer.' And she said, 'Well, you'll need to show me that'.