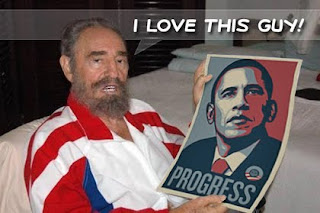 Even communist dictators are on to Obama now. In Castro's mind, Obama has gone from 'intelligent and sincere' to 'the best snake charmer' ever.

The United States is "going through a difficult phase as the result of its war exploits" and using its "enormous media resources to maintain, dupe and confuse world public opinion," Castro said.

"Obama already admitted that his promise to withdraw US soldiers from Afghanistan may be postponed ... After the Nobel Prize, we would have to award him with the prize for 'the best snake charmer' that has ever existed."